We kick off projects early and efficiently thanks to Aha!

We had a problem

With multiple products within a rapidly growing company, it was a challenge to align roadmaps across the entire business. Many departments would have their roadmaps in Jira, wikis, or in presentations sent on email. This made it increasingly difficult to communicate and have a company-wide roadmap. The complexity of our industry also means that priorities change and as soon as a roadmap was produced it became out of date.

Communication to management teams could be confusing, with new versions of roadmaps always being sent on email. Because of our technical platforms, this also meant that teams would only see half completed dates for features and roadmap items, not the complete picture. It resulted in different priorities for different departments, rather than a cohesive prioritisation of the problems most important for the business.

Product owners would spend time creating roadmaps then duplicate that work in Jira for the development teams, meaning they were becoming increasingly involved in the development life cycle and not the product lifecycle. Another challenge was that it was difficult to visualise the dependencies across departments to get work done. In a fast moving business, it is imperative that dependencies are identified early and clearly communicated, to avoid delaying important product releases to our customers.

Aha! as a solution

We have a large complex organisation and Aha! has allowed us to share roadmaps with everyone while still being able to keep the focus on specific processes within departments. Each one works in a different way due to the nature of their work. Aha! has been perfect, allowing workflow customisation for each department, while still allowing the ability to show a consolidated roadmap for the whole business.

Aha! has greatly increased communication and visibility within our organisation. Every product department is now able to see each other’s work and how it relates back to our strategy.

Mapping dependencies has opened communication across departments, as well. Conversations around cross-cutting pieces of work are happening at the investigation stages now, not during development cycles. This helps us to deliver full-set features in a much quicker manner.

We are still in the process of rolling Aha! out across all departments, but so far it has really helped reduce our time spent updating roadmaps, switching between different tools, and being involved too deeply in other department’s processes, such as development.

So many reports can be quickly built from Aha! which allows us to tailor the roadmap views and reports depending on our stakeholders and audience. This flexibility makes it possible for us to be more transparent with the entire company about the planned and in-progress work. More importantly Aha! has been the tool that allows us to kick off cross-cutting work in the right way — involving the right people and having those conversations early on.

Experian gained visibility across their entire portfolio, better visualizing and planning what needed to be done. 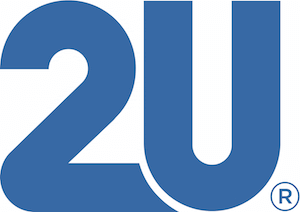 2U used Aha! to plan and execute their online education platform in a more cohesive process. 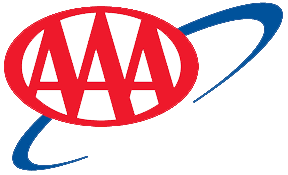